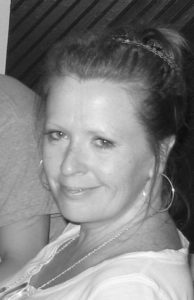 Those Marines. Young men who have faced the devil himself – and thousands of miles from Christendom at that. Photos have taken me there, evidence of these beautiful, faith filled American sons in hell. Yet I saw them in San Antonio. And Quantico. With haircuts and jeans or clean uniforms and smiles – and light in their eyes.

To see them face to face, to touch them I sense history – and greatness. I’ve interviewed, talked, walked and eaten with those who have proved they would die for me and for you.

They seem so ordinary from afar. They blend in with any others walking through Q-town, or crossing an airport parking lot; they become invisible.

If God were to inventory us all today He’d say these are the greatest Americans who’ve ever lived – and I’ll take judgment for judging.

And they were brought together by their love for LCpl. Lance Graham and his family. No acts by any others could say more about the heart of LCpl. Graham.

All this reveals that Graham was a fine man surrounded by unpretentious and loving family members – and loyal friends. I believe he was extraordinary. I don’t believe he was unique, as he was a giant among giants.

However, should I decide to invest weeks of my professional time, fall in love with eight men and a mom, to let my readers deeply know a fallen Marine? Aren’t all these outstanding news stories Corps Stories has published enough to let the world how great he and others were?

Apparently not. Graham kept arriving on my radar, like few other Marines killed in this war have. This expansion of one Marine’s story, this project, was a leading of the Lord, He’s revealed Himself through them – and I’ve rolled with it.

Should we get to know these people, who float in and out of almost any American’s life, maybe we could identify them as the earthly angels they are. Not perfect, hardly. Some curse and spit and refer to bedroom topics entirely too often.

Yet as I move along God’s plan for my life, I hope to have more and more friends like these – and someday function somewhere near the selfless and courageous plane of life that they operate upon.

P.S. Finally, I need to thank those who helped me finish this project. I received very powerful support from my inner circle; particularly my mentor retired Marine Lt.Col. John Monahan, whom I can assure my readers, is the impetus behind not only this project but this publication, and from my closest friends including Elaine and Debbie who’ve tolerated my repeated calls, my tears, my distraction and my new adoration for those who comprise this story, I’m loving you. Also, thank you to GySgt. Michael Brady for his valuable contribution to this story.   Photo Disclaimer I don’t normally publish such casual photos of myself as in this edit.

However I thought Lance would have liked this one. It was taken at a touching moment during breakfast at Mama’s restaurant. Joseph, Ryan, Kyle, Stan and Aaron had been discussing faith in God and its role in their lives. About that time our young waitress said she had been overhearing our conversation and wanted all to be careful in the future. Then Joe slid her a bill, in replacement of his observation that she hadn’t been tipped on her last table. She broke into tears and ran to the restroom. When she returned, she took a picture of the group with my camera. Stan then went to her and put a Die Strong bracelet on her wrist, and briefly told her his story. She said she’d never take the bracelet off.

To The Gravity of LCpl. Lance Graham Launch Page