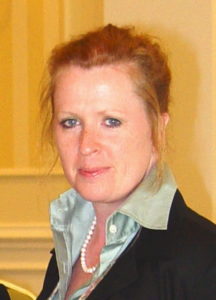 Christians and Others: There Is a Line

Today the Washington Post ran a story about a fallen Army sergeant whose widow wants a Wican symbol engraved on a state military memorial roll. The Wicca symbol, a five-pointed star inscribed in a circle, has not been approved by the Department of Veteran’s Affairs. The reporter was apparently sympathetic with the widow. Not a Corps Stories story.

“Are you going to write about Wicans?” a beloved yet incensed Marine Colonel asked of me this year.

He was referring to my position that CorpsStories, in its publishing of fine Marines and Corpsmen who serve God, their country and community, honors those other than Christians.

I wish everyone were Christian. Then I would know they understand the power of God, His Son Jesus Christ, and The Holy Spirit. All would understand the forgiveness He endows. All would be delivered from confusion about the afterlife. All would take adversity with faith in knowing our earthly battles are opportunities to show what faith in Him can conquer.

Earthy adversity is what led me to found Corps Stories.A Marine delivered me some years ago. An agnostic Marine.

He challenged me: What good is your Christian faith, Miss Meri, if you remain the emotional wreck that you are now? Yes, you were raised in hell on earth. Yes, you don’t know how to avert disaster. Yes, you keep creating problems for yourself. Where is your faith in all that? Is that the best your faith can deliver?

He was raised Catholic. Something disillusioned him – what I’ll never know. But he took the best of his faith-filled upbringing, and joined the Corps. Those two conspired to make him the most loyal friend any of his friends ever had. Those two made him decide to help his friends when life knocked them to their knees, even if it meant five or six digit investments. He was there for his loved ones. He sacrificed his own luxuries to make sure he was there when he was needed.

Jesus won in the end. As he faced death, David Eden called on Jesus. Jesus was there. All was forgiven.

So I was inspired – before and after Uncle Dave surrendered to the Lord, to serve God with my writing by helping others know Marines. How brave they can be, in warfare, or on the home front – making sure all around them are fed and clothed and on their way to helping someone else. The extraordinary faith of a Marine, and their sacrifice, still remains a mystery to me. Yet that is the nature of this publication.

CorpsStories will not be writing about interviews with Wicans, or atheists, even if they are Marines. In-Memoriams, yes; interviews, no.

So if a Marine demonstrates sacrificed faith, this writer is going to raise them up. My Christianity brings me to that.