CorpsStories is a not-for-profit corporation publishing the news stories of those Marines, Corpsmen and supporters who serve God, the Corps, their community – or all three. All too often such people live their entire lives without public recognition or honor, nor do they seek it. However it is our position that communities want and need to know about such individuals – to honor them and to inspire others.

“…your publication supports the Marine Corps and the other services with an honest perspective of events. Marines everywhere are seeing stories and news events portrayed in a false or distorted light by people who have an agenda against the US policies, military involvements or business interests. Unless the reality of an event is reported by someone who is actually there, doing what needs to be done for the common good of all, the average world citizen is not going to appreciate the truth. CorpsStories is a vehicle where the point of view of a Marine is appreciated and shared with all without being compromised.”
Maj. Jeffery Weir, US Army, US Southern Command Public Affairs, Guantanamo Bay, Cuba

“…your site provides a service to our country. It informs people of the sacrifice that the Marines are making and have made 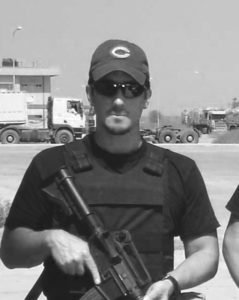 since 1775. It remembers those who have fallen, for the belief that freedom will make our country a place to live and be free without fear. It also allows loved ones to be reassured that their Marines made the ultimate sacrafice to ensure our safety. Ask them when the last time they given up all they know and loved to protect the liberites of people the never met, or to protect the liberties of those who curse them. The site is a way to thank those who protect me and you. It allows someone to understand that freedom and security comes at a hefty price. And lastly, maybe in some airport there will be a young Marine returning from Iraq or Afghanistan getting off an airplane. That Marine may not have anyone waiting on him, but hopefully a total stranger will emerge to tell him/her thank you Marine.”
Former Marine Philip Otto, presently serving in Iraq as a security contractor

“Your website provides a sense of pride to Marines. This pride translates into recruitment and retention of Marines to

continue to serve our country. Parents who read your website should be motivated to encourage their child to be a part of a truly excellent, patriotic, disciplined organization. Stories about veteran Marines’ lives demonstrate how Marine Corps discipline contributes to lasting success in any endeavor a Marine vet chooses.”
Former Marine Lily Gonzales, President, AnAmericanRN.com

“Any web site that tells the stories of our troops that pay the price for freedom is worth support. Your site used stories from their home town by people that knew them. There was no hidden agenda or disrespect show to them or their families. You asked me if it was ok to use my comment before you printed it on your site, which I really liked. There are too many that want to use our pain for their own political agenda or to express their own views on what is going on. Your site has not done that from what I have seen. Every one needs to be reminded what this brave young Marines have done for us and others. I don’t know if this will help or not. It’s just one opinion from someone that walked in their shoes, even if its Army green.”
CW4 James L. Seymour, C.S.M.S. Newark

“It promotes patriotism and respect for our service men and women by documenting important military history that would otherwise be lost. Moreover, it provides a search engine to locate veterans, not to mention offering them and their families much needed encouragement and fellowship.”
Ed Harrell USMC, Survivor, USS Indianapolis

“I’d say that you serve a niche not really filled.  That hundreds of stories about life and death struggles of Marines go unnoticed and often are not cataloged.  Your product provides a nice “one stop” spot to get information about current and past Marine exploits.  You also offer a nice gallery of photographs that capture the emotions and efforts of our Marines.  The first-hand interviews and stories allow an inside look at how war and peace affect the sons, daughters and relatives of average Americans around the country. “
Dan Steber, Navy Safety Center, Norfolk, VA

“The purpose is to tell the stories of important Americans – those who serve in the United States Marine Corps. The Corps

carries a tradition of service and sacrifice to our country; its members man the front lines in the struggle to keep America free. The stories of everyday Marines act to inspire patriotism by informing Americans of the incredible contribution of Marines. Their service exemplifies what is best in this country – duty, sacrifice, honor, unity. ”
John Pappas, Editor, JohnnyPNews.com and Washington, D.C area political columnist

“Corpsstories is really the only website dedicated to acknowleding the sacrifice made by fallen Marines. Nowhere else will you see the biographies of Marines who were killed in the war on terrorism. It is quite sad that our media does not ever even take the time to mention the names of Marines killed in action much less pay tribute 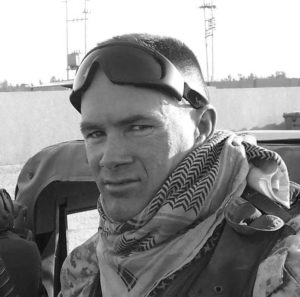 to them. Corpsstories also pays tribute to Marines who have distinguished themselves in the Marine Corps. The number of hits on Corpsstories.com justifies the role the site plays in educating the world on the Marine Corps as well as the exceptional caliber of the USMC.”
LtCol Gregg Lyon, USMC, Quantico, VA

“I think your mission statement says it very well. To paraphrase it, ‘The purpose is to recognize and honor those individuals who serve our country, often without public recognition, and to inform and inspire the communities they serve.'”
Dick Linn, Father of fallen Marine Karl Linn

“-Provides glimpse to the general public, many of whom have never served, of the heavy burden being carried and sacrifice being made by military families and their Marines as they wage the War on Terror. While many like to trot-out the trite axiom, “We are a nation at war!”; we are NOT. A certain segment of the population IS, and what they do EVERY DAY often slips under 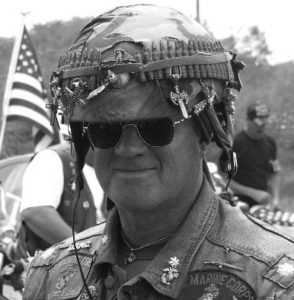 the radar.
-Provides inspiration and education for young people (Today’s buzz word is “mentoring,” I believe.) and illustrates the every-day, solid, positive role models that exist within our society.
-Provides readers with a sense of American history and that our present lifestyle did not just “happen.” .
-Reminds people, who otherwise take their basic daily routine for granted, that freedom is NOT free and that there are citizens of this nation, their neighbors in fact, willing to pay the price that it ultimately costs.
-Reminds people that there really are animals…errrrr…”Islamist Fascists” inhabiting this Earth who wish to end us, every man, women, and child by whatever means.
-Provides personal recognition and acknowlegement to individual Marines who would otherwise remain faceless and nameless through their harrowing experiences on the battlefield.”
LtCol Bruce Kelly, USMC Ret., Father of CorpsStories Marine LCpl. Nick Kelly

“Not every memorial is made of marble. Some are made of words. That is the nature of CorpsStories. It serves the same purpose as the nation’s better-known, physical war memorials: honor, grief, sacrifice, dedication to purpose, loss, resolution, unification. It brings together words and photos about individual service members and weaves their specific sacrifices into a tapestry of commitment to our nation. It allows each of us to see that the lives that were given are part of a greater whole, and that each Marine whose story appears was upholding the same great tradition of God, Corps and Country.
It is a memorial for those who gave their lives in service of our country; it serves the purpose of honoring.
It is a focus/ collection point for information from around the country; it serves the purpose of uniting.
It reminds us of our similarities, not our differences, in both our desire to serve, and our loss; it serves the purpose of connecting.
It helps those who are grieving come to terms with their loss: it is cathartic.”
Gretchen Schreiber, Business Planner, American Systems Corporation, Wife of fallen Marine Col. Paul Schreiber

“The purpose of this project is to enlighten the general public concerning the United States Marine Corps. To publicize and memorialize the ultimate sacrifice being paid by Marines engaged on the front lines in the war on terror. To honor former and retired Marines for their service to the country.”
Capt. Tom Moore, USMC Ret.

“Your website highlights a love of America and Freedom through a patriotic willingness to serve.”
Former Marine Joseph Zube, Owner, ZubeCo.com Web Development