Gen. Pace generously sent us comments on this editorial:
“Thank you very much–especially for making this about Marines as a breed!”
CorpsStories Editorial

A mistake on my part meant the deletion of the photo credit due on this shot. This and the entire 2006 In Memoriam Gallery. I couldn’t regret a professional error more – because this photo in particular reflects the heart of Marines everywhere.

Everything I need to know about Pete Pace I can learn from a picture. Although I’d like to know more, I know very little of this outgoing Joint Chiefs Chairman. I don’t know his wife’s first name. I don’t know how many, if any, children he has. Yet through the media I know one very important thing about him. His behavior publicly accurately reflects the private behavior of many, if not most, United States Marines.

The American Heritage Dictionary states that an icon is, “an important and enduring symbol.”

This photo comes to mind first when I think of Pace. I was struck by the General’s clenched jaw. The force obviously required to contain his tears as he comforts this child of a fallen Marine. His arm around the back of the child’s chair – at the ready for a hug or or rub. The massive quantity of braiding, brass and medals seem to pull like ballast on a fragile vessel trying to be the strong one rather than lift his posture as such obvious achievements should.

These are the standard behaviors of the Marines I have read repeatedly about – and known.

They take patriotism to a level of sacrifice leading to victory – and sometimes recognition.

They wear a pristine uniform and do so with swollen chests and fierce expressions.

They melt at the needs of the defenseless, crying – pouring tears when death and injury and heartbreak occur.

General Pace has used his position to the desire of God, I’m sure.

In the hundreds of shots I’ve seen published of him, not once has he appeared to look down his nose at anyone. In the many press conferences I’ve observed not once has he become defensive at the confrontational questions hurled at him.

He talks openly about how his rage at a young Marine’s death from a sniper shot caused him to call in an air strike on a village used as the sniper’s lair – only to know his error via eye contact with a junior Marine immediately afterward. Rather than justify himself, he called off the strike – later learning only women and children remained where the sniper had been.

What kind of person, in the depths of grief forfeits their pride and rage to do the right thing? Your average, ordinary, extraordinary Marine. Even so – this is only one of many, many heroic facets of these individuals. 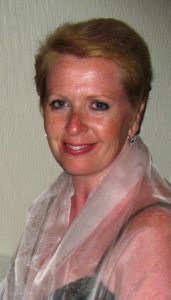