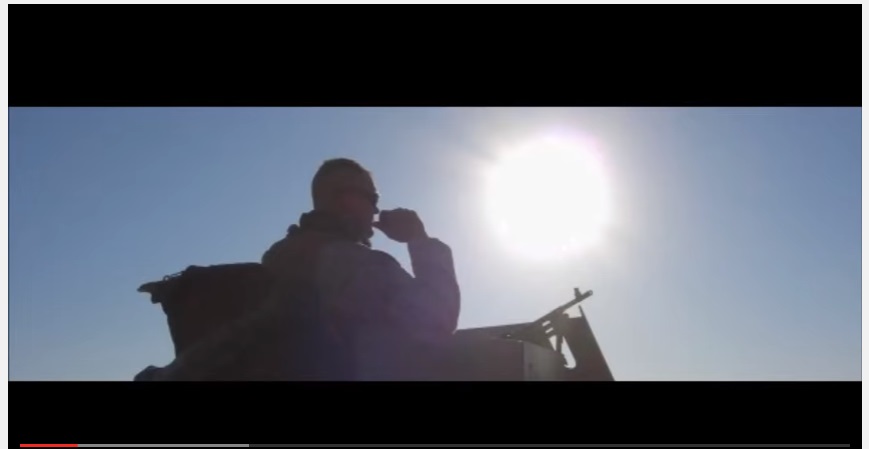 Photo courtesy Cpl. Mayer:  “Picture of Lance up in the turret with a halo.  I took that out on an observation post, Watkins was there.“

“Earlier this month, violence peaked when insurgents detonated a suicide vehicle-borne bomb next to the Haditha Hospital. In the aftermath of the ensuing firefight, coalition forces discovered that the insurgents had physically taken over portions of the hospital and constructed bunkered fighting positions from which they engaged coalition forces. The insurgents caused major structural damage to the hospital, placing significant strain on health care in this region.”
-USMC.mil May 2005

“The insurgents came in and took over [the hospital],” said a doctor working there. “We didn’t want them here but they came anyway.”
-GlobalSecurity.org June 2005 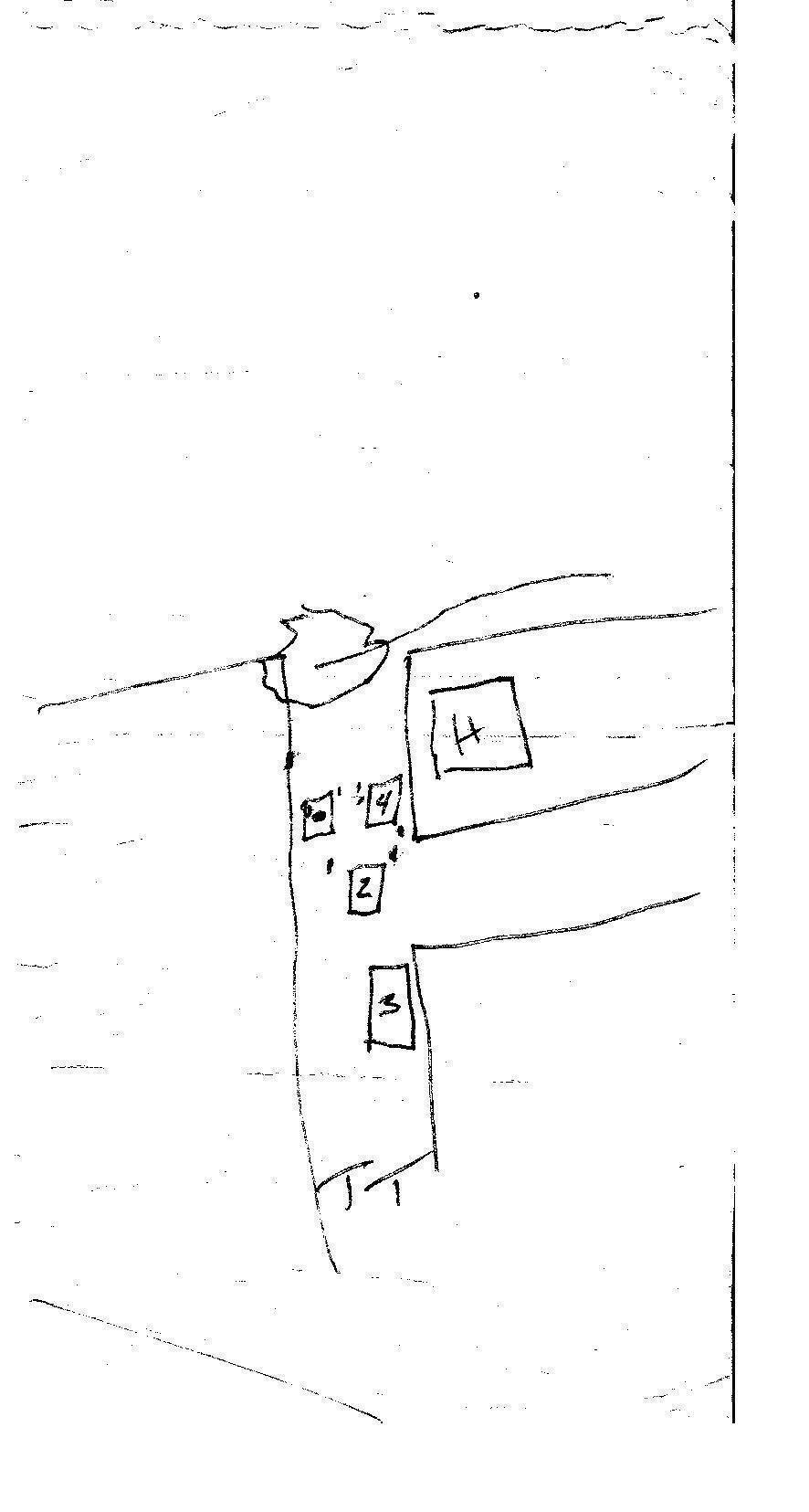 ‘We had just come off a 24 hour patrol on the east side of the Euphrates, the day prior, and that was supposed to be our down day, but a Civil Affairs mission into Haditha that morning kept us on alert. Then Kabar 1 hit a land mine and we had to go recover their downed vehicle. We only had hours before going back out on another 24 hour security mission to the east.

“Since it was the day before Mother’s Day, guys were all in an Internet room, trying to send E-Cards to their mothers – when Sgt Cepeda and I heard the mortars hit the dam. He rushed to get the platoon on the trucks and I went to get order from the COC.

“By the time I got on the trucks I heard that Kabar 1 was taking fire, that is the main reason we wanted to get out the gate so fast.

“Like 20-30 minutes had gone by since the mortars, so we were getting impatient. There was a little bit of confusion since mortars had never come from Haditha before, they always came from the open desert to the east of Haditha on the other side of the river.

“We were going to try to envelop around the insurgents that were firing at Kabar 1 from the city. Kabar 1 was on east side security already and they pushed to the river when the mortars hit, then they were taking fire from 7 military age males in black mandresses, but they couldn’t really fire back since the river blocked them, and there were innocent civilians in Haditha.

“That is when we finally pushed down with the two tanks.”

All hell broke loose as 3rd Battalion 25th Marines Mobile Assault Platoon 7 (16 Marines in six vehicles in this case) came upon the clustered Haditha hospital – but not before these Marines felt it in their hearts. LCpl. Stan Mayer said it was the worst feeling. Silence. Darkness. Not a soul around..

Sgt. Watkins’ response to passing the map mark where they were assigned to investigate firing was, “turn the bitch around,” as he put it. Doing so put the tanks at the rear of the convoy and LCpl. Lance Graham’s Humvee at the front.

“I know they would have come out a different alley” Watkins said meaning no matter where they were the driver would’ve found them. Those thoughts don’t comfort him though. The SVBIED (suicide vehicle borne improvised explosive device) aka a white van careened out of a alley and recoiled from a stone wall – in time to blast just behind “Victor One”; Graham and Mayer’s Humvee. 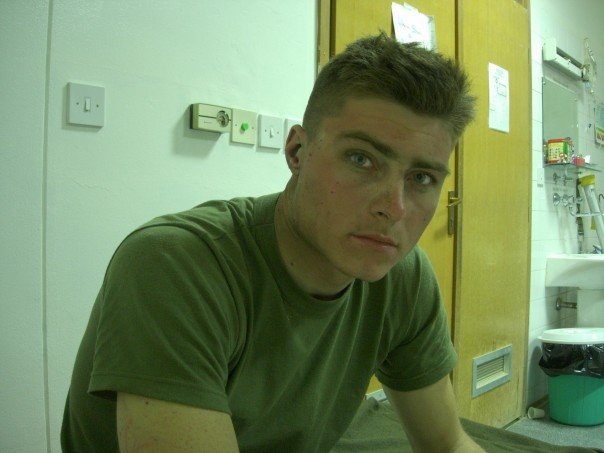 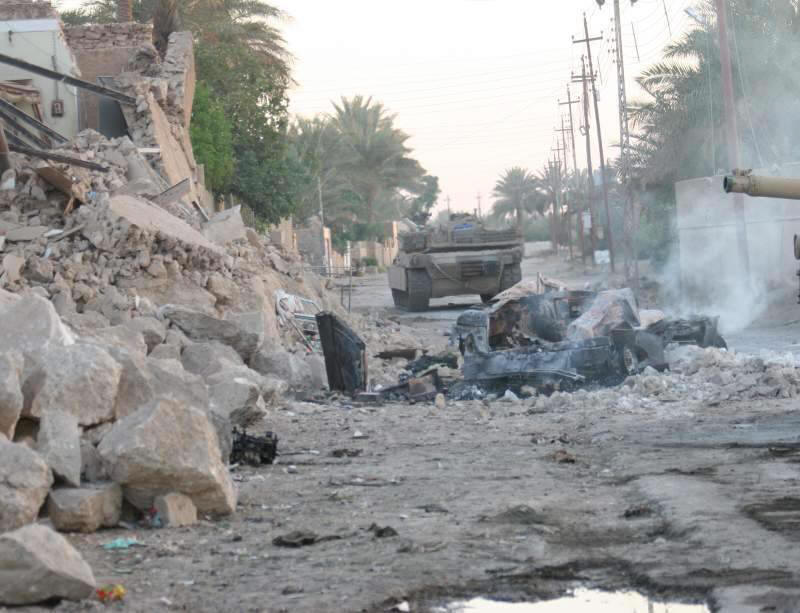 Victor 1 from the rear 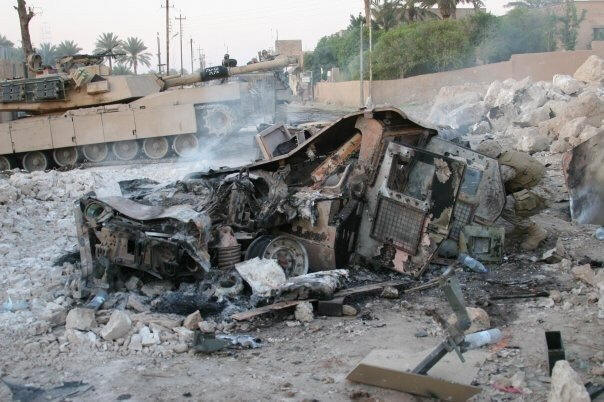 Victor 1 from the side

The turn-around required Marines get out of their vehicles to assist the drivers, a dismount. Narrow streets and huge vehicles need guided direction. When the bomb detonated Graham and his turret were blown more than 30 feet away. Three others, Sgt. Aaron Cepeda, Corpsman Jeffery Wiener and Sgt. Michael Marzano, who were on the ground also died as the blast from the van sent a fireball so high with so much shrapnel that they were killed instantly in the extreme blast.. Watkins and another Marine, SSgt. Priestly were critically wounded. Still others were seriously wounded. 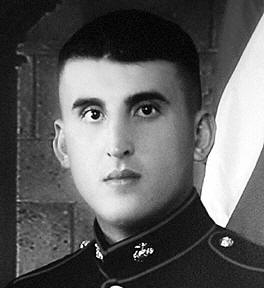