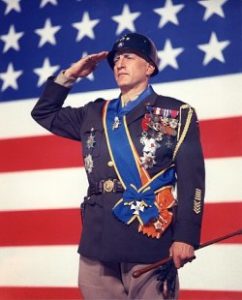 One of the finest American actors of his generation, George C. Scott was born in Virginia and raised in Detroit. After serving in the Marines from 1945 to 1949, Scott enrolled at the University of Missouri, determined to become an actor. Though his truculent demeanor and raspy voice would seem to typecast him in unpleasant roles, Scott exhibited an astonishing range of characterizations during his seven years in regional repertory theater. He also found time to teach a drama course at Stephens College.

By the time Scott moved to New York in 1957, he was in full command of his craft; yet, because he was largely unknown outside of the repertory circuit, he considered himself a failure. While supporting himself as an IBM machine operator, Scott auditioned for producer Joseph Papp. Cast as the title character in Papp’s production of Richard III, Scott finally achieved the stardom and critical adulation that had so long eluded him. Amidst dozens of choice television guest-starring performances, Scott made his movie debut in 1959’s The Hanging Tree. That same year, he earned the first of four Oscar nominations for his incisive portrayal of big-city attorney Claude Dancer in Anatomy of a Murder. Over the next few years, Scott appeared in a dizzying variety of roles, ranging from Paul Newman‘s mercenary manager Bert Gordon in The Hustler (1961) to erudite British detective Anthony Gethryn in The List of Adrian Messenger (1962) to ape-like General “Buck” Turgidson in Dr. Strangelove (1963). After turning down several TV series offers, Scott accepted the role of social director Neil Brock on the David Susskind-produced “relevance” weekly East Side/West Side (1963-1964). He left the series in a huff in early 1964, citing the censorial idiocies of the program’s network and sponsors; he also vowed to never again appear in a TV series — at least until 1987, when the Fox network offered him 100,000 dollars per episode to star in the nonsensical sitcom Mr. President.

In 1971, Scott made international headlines by refusing to accept his Best Actor Oscar for his performance in the title role of Patton, deriding the awards ceremony as a “meat parade.” Two years later, he turned down an Emmy for his work in the TV adaptation of Arthur Miller‘s The Price. Curiously, he had no qualms about accepting such honors as the Golden Globe or Canada’s Genie Award for the 1980 film The Changeling. Gravitating toward directing, Scott staged both the Broadway and TV productions of The Andersonville Trial, and he also directed two of his films: Rage (1973) and The Savage Is Loose (1974). In 1976, he added singing and dancing to his accomplishments when he starred on Broadway in Sly Fox, a musicalization of Ben Jonson’s Volpone. In the ’80s, Scott played Fagin in Oliver Twist (1982), Scrooge in A Christmas Carol (1984), and Dupin in The Murders in the Rue Morgue (1987); he also starred in a 1987 TV biopic of Mussolini, and enacted one of the most excruciatingly drawn-out death scenes in television history in The Last Days of Patton (1986). Making his cartoon voice-over debut in the anti-drug TV special Cartoon All-Stars to the Rescue (1988), Scott served up more vocal villainy in the Disney-animated feature The Rescuers Down Under (1990).

Not until his later years did he show signs of slowing down; in 1996, while appearing as Henry Drummond in the National Actors Theater production of Inherit the Wind, he suddenly took ill in mid-performance, excused himself, and left the stage, obliging director Tony Randall to take over the part for the balance of the show. He made one of his final appearances in an Emmy-winning performance in the all-star TV remake of 12 Angry Men with Jack Lemmon.

Scott was married five times; his third and fourth wife was the distinguished actress Colleen Dewhurst, while wife number five was another stage and film actress, Trish Van Devere. Two of his children, Devon and Campbell, have also pursued acting careers. Scott died on September 22, 1999. ~ Hal Erickson, All Movie Guide.