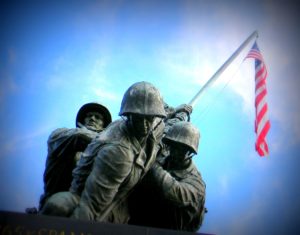 Much has changed in journalism regarding military matters, happily.     Marines are rarely called soldiers now.     Feature stories about humble Marines go viral, instead of being axed by editors, now.   Readers are shamed into realizing the difference between Memorial and Veteran’s Days finally, now.

So today’s anniversary editorial is not a sermon.     That quiet voice is asking you to listen with peace, with your soul.

Corps Stories readers are not ignorant to Marine ways.     They are not confused about flag etiquette or why Marine is a title, soldier is not.   They are educated through personal USMC experience.

So it is to you I write today.

When a Marine is killed, no matter how, there is someone somewhere – most often another Marine – who shoulders that death.

Marine leaders from corporals to four-stars send Marines into harm’s way.     They know some of those following their orders will die.

Our country’s constant response to our fallen is easily in the top three things that brings me to my knees thanking God I am American.     The protectiveness, the attention to care and detail, the deliverance home.   We each have seen thousands of images, we Americans take care of our fallen.

These dozen years though have shown me something perhaps many do not know about our fallen.

Whomever sent them to their deaths are alive in body – but part dead in soul.  They are who I want you to remember today.

They never heal emotionally. They never go back to anything like normal.

Yet they are never remembered.

It is they who make it so: never – and I mean never – would they want to be the focus of concern.     Their fallen Marine’s loved ones need and deserve that love.

As a matter of fact, I feel certain that if I were to name the walking dead Marines in my life they would walk right out of my life.

The guilt is the cost of rank and responsibility – it is an expected price they pay.

And that is why those high ranking Marines from Puller to Zembiec went to the front: if their Marines were going to die, they would be right there fighting with them.

Those Marines who put a good face on it, like the Commandant for instance, may appear to not suffer. But I am sure that they have their moments, when they meet a fallen’s mother perhaps, that their soul of responsibility knocks at their heart and demands attention.

They have saved us all from another attack on our soil.

Their decisions, their Marine’s deaths, have kept us safe – and free.

Give them love today – and grieve for them, too.