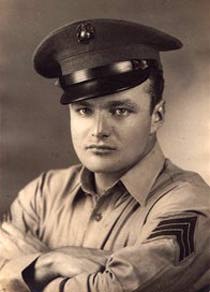 This sturdy American actor spent many years as an underused player, generally cast as kindly uncles and Western second leads, before turning to gruff, cranky character parts in features and on TV. Brian Keith may be best recalled as the architect Bill Davis who takes in his two orphaned nieces and a nephew on “Family Affair” (CBS, 1966-71), but his work as Theodore Roosevelt in “The Wind and the Lion” (1975), Dr. Alexei Dubov in “Meteor” (1979) and Mauritz Stiller in “Moviola” (NBC, 1980) has proven him to be a capable and strong actor.

The son of Broadway star, silent screen actor and talkie character player Robert Keith and his actress wife, Brian Keith made his first film appearance at age three in “Pied Piper Malone” (1924). After high school, he joined the Marines as an aerial gunner (serving from 1942-45). Upon his discharge, Keith headed to the theater and made his stage debut in “Heyday” in New Haven in 1946. He made his Broadway debut as Mannion in the renowned production of “Mister Roberts” (1948) and played Ilyich in “Darkness at Noon” (1951). Later, after years of film and TV work, he returned to Broadway, replacing Barnard Hughes in the title role of “Da”.

Keith made his adult film debut as an army officer who is rescued by an Apache-hating scout (Charlton Heston) in “Arrowhead” (1953), a role that set the tone for many of his early roles. Keith was usually the stalwart, fair-minded, relatively sexless second lead. In his second film, “Alaska Seas” (1954), Keith was again the best friend of the hero (Robert Ryan) who nevertheless tries to muscle Keith’s character out of the salmon business. And so it was in film after film in the 50s. Keith rarely lost his life in these Westerns and war sagas, but he never got the medal or the girl either. In the 60s, he went to work for Disney, playing a trapper who wants to make a sanctuary for geese in “Those Calloways” (1964). Keith was also in Norman Jewison’s “The Russians Are Coming! The Russians Are Coming!” (1966), as the sheriff of a coastal community who eventually helps to lead an armada guiding a Russian subMarine to safety.

Keith finally broke the mold with “Reflections in a Golden Eye” (1967), in which he played an army colonel and lover to Elizabeth Taylor, who in turn is married to latent homosexual Marlon Brando. Perhaps because he is a devout Roman Catholic and “Reflections” was condemned by the church, Keith teamed with Doris Day for the innocuous “With Six You Get Eggroll” (1968), as a widower and widow trying to blend families. In 1969, he was in the actioner “Krakatoa, East of Java”. He had one of his best shots playing the macho wannabe President Teddy Roosevelt in John Milius’ “The Wind and the Lion” and joined Natalie Wood speaking Russian in “Meteor”. He also played the colorful Buckshot Roberts in “Young Guns” (1988) and Kris Kristofferson’s father, who has lived to see his long-lost son return, in “Welcome Home” (1989). In 1996, Keith played a Roman Catholic cardinal dealing with a radical church activist in “Entertaining Angels: The Dorothy Day Story”.

While Keith has had steady work in feature films and actually been in a position to pick and choose his roles, TV has always managed to provide steady work. He began making guest appearances in the medium in 1949, and by 1955 had his own series, “The Crusader” (CBS), a man who helped people escape Communist countries. As “The Westerner” (NBC, 1960), he was championing causes along the Southwest border. “Family Affair” (CBS, 1966-71) proved to be Keith’s biggest hit, although he sometimes seemed uncomfortable playing the role of the caring, nurturing uncle. He also refused to pose for Christmas publicity shots connected with the family-oriented show, insisting they were exploitative of the holiday. Yet, he followed “Family Affair” with the even more sugary “The Little People/The Brian Keith Show” (NBC, 1972-74), in which he was a Hawaii-based pediatrician to a bunch of munchkins from Shirley Temple-land. He returned to series TV as a detective in “Archer” (NBC, 1975), as a sleuth who used his wits and analytical strengths, not his muscle. The show quickly left the airwaves, but Keith was back in 1977 on ABC’s miniseries “How the West Was Won”. When he had another go at the series grind, it was as macho Judge Milton C. Hardcastle in “Hardcastle & McCormick” (ABC, 1983-86). He returned to sitcoms in 1987 as the somewhat curmudgeonly historian and professor Roland G Duncan in “Pursuit of Happiness” (ABC), a Midwestern version of Archie Bunker on the short-lived “Heartland” (CBS, 1989) and as the curmudgeonly husband of Cloris Leachman in “Walter & Emily” (NBC, 1991-92).

TV longforms have also offered Keith a wide range of roles. He made his first TV-movie in 1972: “Second Chance” (ABC) portraying a stockbroker who buys a ghost town in Nebraska and turns it into a community for people who never really had a shot in life. Keith was the father of a comatose young woman in the based-on-real-life “In the Matter of Karen Ann Quinlan” (NBC, 1977). In 1980, he played a low-key, fatherly Mauritz Stiller overseeing Greta Garbo at MGM even as his own career falters in “Moviola: The Silent Lovers” (NBC) and he was a Davy Crockett with some warts in “The Alamo: Thirteen Days to Glory” (NBC, 1987). His miniseries credits include colorful roles in “Centennial” (NBC, 1978), and “The Chisholms” (CBS, 1979).