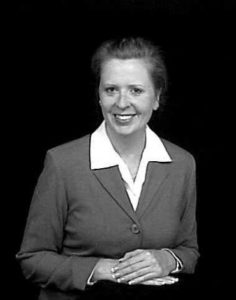 When I was a child in Takoma Park, barely outside northwest D.C.’s city limits during the 60’s and 70’s, life was not idealistic. And it was certainly during those days of war protests, looting and rioting that a little white girl sought refuge – and inspiration.

The contributors to my long-lived relationship with the devil were well documented. Not so well understood is my heartfelt pull to Marine Corps ideals. I certainly recall a kind Marine recruiter who filled my little arms with posters, pins and stickers as I carelessly wandered the streets of downtown Silver Spring. Since, the few who believed I could find a better path and were willing to encourage me were Marines, with a notable exception.

Living in the house behind mine, and being a year younger, John Pappas was a fixture of my childhood day. Endless hours we, his siblings and mine, cavorted though adolescence, trying to stay out of major trouble and passing time at Pinball Wizard arcade, Steve’s sub shop and a number of Roth movie theatres.

John had great parents. They’re both gone on now, but his mother was my mother’s best friend – both suffering from paralyzing illnesses. His father was a force to be reckoned with, and the only parent on the block we couldn’t get over on.

When I wanted to launch this site, John had recently been Microsoft certified, translating to his helping my feeble technical mind through the process.

Since, I have discovered that my Christian friend has an extraordinary gift: he can take the most complex political issues and make them understandable. I don’t have this gift. And so now, when I’m baffled, I call John. And I visit his site. He compiles the most influential news from international wires and I don’t have to sift through a liberal agenda to find a good story. www.JohnnyPNews.com

His commentary started appearing in the prestigious Washington Times last December. Since then, they’ve run everything he’s sent them. I’ve been published in newspapers hundreds of times, but I doubt I could build a persuasive argument like he can.

It’s John’s mental clarity that builds his point of view, and I happen to agree with his opinions – he’s conservative and I say, God bless you John and more power to you, old buddy, old pal.