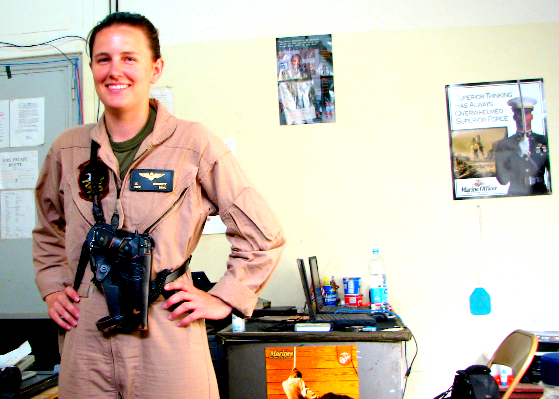 Hero at War – Heroine at Home

Having just moments before been delivered of her first child, then Capt. Jennifer Rutledge Schrantz turned her groggy mind toward her husband. Their son Danny would soon be aboard a life-flight helicopter headed on his way to a neonatal intensive care unit near Greenville, North Carolina, from the surgery aboard Camp Lejeune where both mother and child had just squarely faced death down via a traumatic birth. 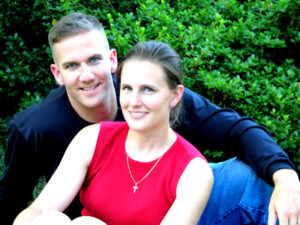 “Probably forty-four,” he answered. Then also Capt. Joe Schrantz, now LtCol., knew his bride was considering wind direction and speed in calculation of the length of little Danny’s flight.

And there lay her bridge.

On that day, nearly 10 years ago, now Maj. Schrantz had just built the road between her past – that of a fearless, heroic, sacrificing and extremely respected USMC helicopter pilot – and her future, that of a fearless, heroic and extremely respected wife, mother and primary caregiver to a severely disabled child, USMCR helicopter pilot.

Her husband described that heart wrenching season: “It was a painful decision, but not a difficult one, for her to decide to leave the active duty ranks for the reserves.

“She loved, and still loves, being a Marine.  But after all the training, the deployments to Afghanistan and Iraq, and a year of resident schooling at the Expeditionary Warfare School, nine years of service had

“Although she knew she was going to give up the passion she had for flying, the Marine Corps approved her request to transition to the reserves where she would make Danny her priority and her “mission.”  He needed her and after nine years of her care and love he has progressed farther than any of their doctors had ever predicted.” 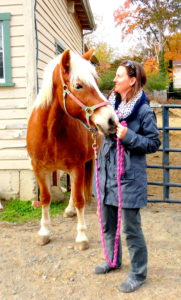 Sitting for breakfast in Old Town Alexandria’s Table Talk diner on Duke Street, the tables on either side of us turned over two or three times during our interview. The food was good, and our waitress was very patient. We had a lot of ground to cover.

When the family minivan’s battery gave up the ghost on the school run that autumn morning, Maj. Schrantz (Jen, as she insisted she be called) “rolled to the backup,” as she put it. She retrieved me from my hotel in a F250 with a V10 engine, a heavy service pickup truck. A happy ride through narrow streets, as your editor reminisced owning the exact fearsome work horse in the mountains of Massachusetts years earlier. Jen explained it pulled their horse trailer while also carrying wheelchairs and all the toys and gear of Danny now nine, son Grayson who is eight, and daughter Haley who is five.

Although it was more than a year before Danny was properly diagnosed with cerebral palsy, his doctors suggested a surprising benefit to having siblings: they encourage special needs children to grow and learn in ways parents, teachers and caregivers cannot. Certainly, this has proved true in Danny’s case. Maj. Schrantz shared how he competes with and observes his brother and sister in their day to day growth, striving to do what he would not be inclined to attempt without.

Marine Corps officers with equestrian hobbies? Hardly. This USMC marital team only find rest and relaxation in the labor. Shimmer, their 10-year-old Haflinger pony, has a primary purpose far departed from sport or pleasure riding. But more on that momentarily.

The first and repeated thing one notices about the major is a youthful air. When she is 80, she will be the one still referred to as, “youthful”; although even now she isn’t quite half that age. She pads softly as she walks, she speaks in quiet tones with a constant smile, she honors the generous genetics she received with little or no makeup, and, like most pilots, she carries very little extra weight.

As the questions and answers passed, a striking second feature became clear. Maj. Schrantz has no idea whatsoever how extraordinary and unusual her now-daily efforts are. She answers the call of need to her family members without consideration or comparison to the norm. 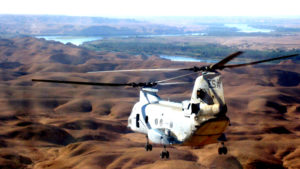 Most Marine spouses with small children are not parents to one with cerebral palsy, and other associated life-long illnesses, yet she is. Even then, rarely are such parents able to summon the courage and confidence to learn medical science and terms to have productive conversations with their child’s specialists, but she has. To overcome interruptions in care, rarely are such parents calm and collected enough to calculate insurance coverages and gaps then negotiate those obstacles effectively, but she does, our interview revealed.

Lost in medical jargon, your editor noted Maj. Schrantz likely recognizes more about Danny’s circumstance than many of the medical office staff where he is attended, not that she would say so

After graduating from St. Cloud State University in Minnesota in 1999 with a Bachelor’s in aviation management, the Kilmarnock, Virginia native went to Officer Candidate School the next summer. In her junior year, struggling with private pilot lesson costs, a USMC recruiter promised, “multimillion dollar flight training,” and she was in. 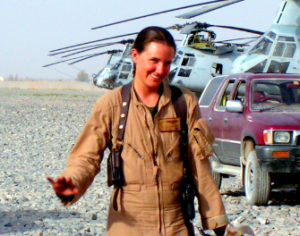 During our interview, she never revealed specific missions, or acts of bravery. She only described the entire deployment as challenging in all the best ways.

“Cowboy land,” she said with a grin. Riding the mountain passes with barely enough clearance on either side of her twin-engine helo up, then sharply down into the desert plains, “like riding a roller coaster.”

When seeking witness to the impact USMC helicopter capabilities brought to the early war there, unbeknownst to the major, your editor reached out to CorpsStories Marine, LtCol. Khan, now a friend and professional confidant. Long retired from active duty but still providing security for Americans in other ways, he immediately drew a memory. That memory – by strange coincidence of a ferociously heroic pilot – was Maj. Schrantz at the controls.

“Marine helicopter pilots were instrumental in the fight against Al Qaeda and the Taliban during our 2004 operations in Afghanistan. They provided close air support, logistics and intelligence to my Marines on the ground.  And more importantly MEDEVAC for those Marines and Afghans wounded in battle. 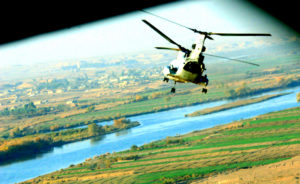 “I distinctly remember one dark night we had an Afghan militia vehicle roll down a steep mountain embankment and suffered critical casualties.

“We called for a MEDEVAC – first CH 46 came in and was blinded by the “brown out” and waved off.

“Right behind this aircraft the second CH 46 came into the cloud of dust – and I was certain we were going to have more casualties as a result of a helicopter accident – miraculously the helo landed and then flew off with our casualties.

“I later found out that the second helo was piloted by a female Marine.  Maj. Schrantz was the pilot of the Ch-46 that made the landing under incredibly difficult conditions.

“From then on the Afghans were literally in awe of our women Marines and what they brought to the fight.  In so doing she and other women Marines played a vital role to our success.” 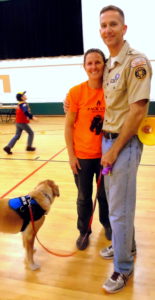 One can easily imagine the profound impact such an event played in the hearts and minds of all Afghans; men, women and children. Having perhaps never known such skill and courage could exist in a young woman, what dreams of goals previously unknown may have arisen, and perhaps even pursued by these locals.

Today, it is easy to imagine the inspiration her current life skills are to those young military parents in her world.

Desperation, frustration and fear unchecked can consume mothers and fathers of unwell children, especially if one parent is deployed. They know few understand their plight. They know each child’s care is unique, and no medical expert will be able to guide them through all their specific challenges.

Such is the critical importance of extraordinary Marines like Maj. Schrantz. Sorting out her family’s complex needs is nothing short of gallant.

Maj. and LtCol. Schrantz appear to have found a few tactics proving successful in keeping their family thriving. First, where he deploys, LtCol. Schrantz takes his family. Recently they returned from two years in Germany, where he served as regional commander for the Marine Corps Embassy Security Group.

As well, the Schrantz’ are active in the Scouting community. The evening after our interview we reconvened at an event including all five family members, and their Golden Retriever service dog. Held at a local school, Maj. Schrantz spoke at a Cub Scout pack meeting. An, “Aware and Care” event, she talked about how Scouts can help their friends and peers with special needs. 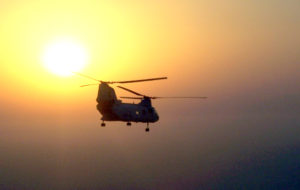 After our couple hours at the diner, Maj. Schrantz and I rode to a stable and riding school tucked in a residential Alexandria neighborhood.

Shimmer was in fine form; a placid temperament, yet clearly happy to see the major, she showed off a trick or two, and enjoyed a bit of grooming while video rolled. After searching for months for just the right horse for Danny’s training, Shimmer had ridden home to Virginia from Pennsylvania several years ago.

Maj. Schrantz learned to give Danny training on Shimmer herself. Since he was just 18 months old he has received HBR exercise to develop his core, back and hip

Observing Maj. and LtCol. Schrantz together was nothing less than a privilege. Certainly, there is some chaos to their orderly teamwork. Still, they have a fit, a quiet joy at the sight of one another.

One realizes it is the labor where they find gratitude and happiness between.